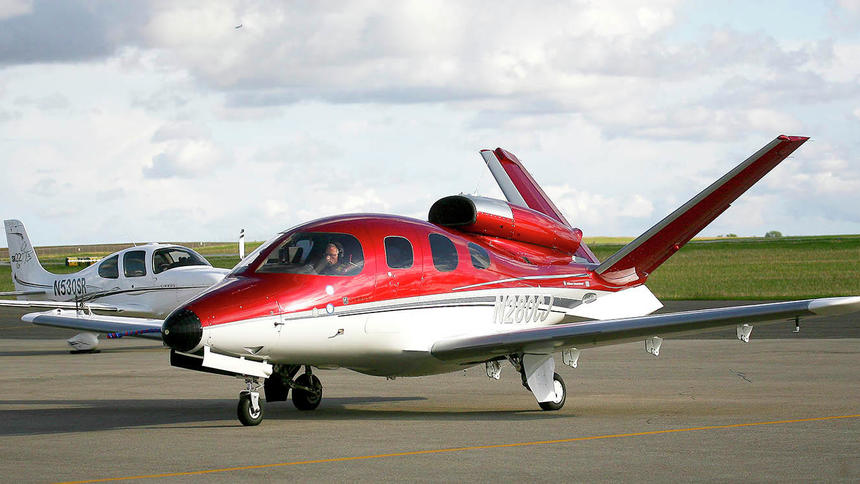 About a month after the Federal Aviation Administration grounded Cirrus Aircraft’s entire fleet of SF50 jets, nearly all 105 airplanes are back in service. But the incidents that led to the recall serve as a reminder that systems designed to improve flight safety can have just the opposite effect when things go awry.

Ladd Sanger, a Dallas-based aviation attorney, draws parallels between the Cirrus SF50 and the Boeing 737 MAX8, as both aircraft recently experienced problems when sensors wrongly concluded that airplanes were entering a stall. In turn, automatic corrective systems kicked in to wrest control of the airplane away from the pilot and to force the nose downward.

However, he noted one big difference: the outcome. Pilots walked away from all three incidents that were reported in the SF50, whereas two 737 MAX8s crashed, killing a total of 346 people.

Ben Kowalski, Cirrus’ vice president of sales and marketing, noted that when a faulty angle-of-attack sensor activated automatic controls aboard the SF50, pilots were able to swiftly override the system on three separate occasions.

“The certified safety features in the SF50 successfully mitigate the hazards associated with this kind of malfunction on the angle-of-attack system and all worked both as designed and expected. SF50 pilots are trained to handle this type of malfunction, and in each instance the pilot followed the procedure and landed without incident,” he said.

But Sanger said even a momentary loss of control could pose a serious danger.

“Any time you have an automated system that takes control of the airplane and it’s not functioning properly, it creates a safety hazard,” Sanger said.

The April FAA directive that grounded the SF50 said: “The noted condition presents an immediate danger to pilots and passengers … because an uncommanded pitch down may be difficult to recover from in some flight regimes with potential fatal consequences.”

Sanger suggested the criticism the FAA endured in the wake of the Boeing crashes likely led to a more swift response when angle-of-attack issues also emerged in the Cirrus SF50.

However, an FAA official who declined to speak on the record Friday afternoon adamantly denied any connection between the two responses.

As for the timing of the decision to temporarily ground the SF50 fleet until faulty sensors could be replaced, Kowalski said: “We can’t speak for the FAA, but Cirrus Aircraft’s core value is safety, and our focus on safety is what drove our internal team to proactively address the issue immediately.”

In his eyes, Sanger said the Cirrus recall points to an ongoing design deficiency.

“When you put critical safety functions on one sensor, and you don’t have a backup sensor, you don’t have the interconnect, you don’t have redundant systems, it kind of flies in the face of what we try to do in aviation safety — and that’s to eliminate single-point failures,” he said.

The recent issues with angle-of-attack systems at Boeing and Cirrus prompted Sanger to question whether the FAA is holding new aircraft to a rigorous enough standard in determining airworthiness. He noted that the FAA certification process today relies heavily on staff employed by aircraft manufacturers themselves, and suggested that was akin to “the fox guarding the henhouse.”

The FAA acknowledged it had been directed by Congress to streamline aircraft certification by increasingly delegating work to Organizational Designation Authorizations. But a written statement from the administration said: “The FAA has never allowed companies to police themselves or self-certify their aircraft. With strict FAA oversight, delegation extends the rigor of the FAA certification process to other recognized professionals, thereby multiplying the technical expertise focused on assuring an aircraft meets FAA standards.”

For his part, Kowalski stood behind the airworthiness of the SF50. He noted that about 500 orders for the jet are now on Cirrus’ books.

The Cirrus jet has a base price of $2.38 million but often sells for upwards of $3 million when loaded with options. Kowalski said the recent recall has had no impact on aircraft production.

Cirrus is the largest manufacturer in Duluth, employing about 1,020 people locally, another 250 at a composite plant in Grand Forks, N.D., and approximately 120 more at an aircraft delivery center in Knoxville, Tenn.